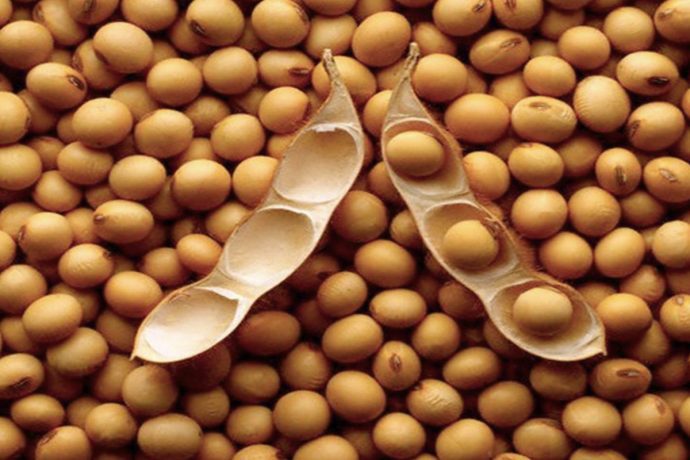 Soybeans were very much the focus of last week’s WASDE report; specifically, traders wanted to see if the US production estimate would be revised and how this might impact the ending stocks level. Pre-report, the market anticipated a small decline in the national yield, and a few changes were expected in the Chinese demand projections. Few suspected, however, that the major changes would occur in the Indian soybean balance sheet…

Pre-report, the market expected a small cut in the US yield of less than half a bushel per acre; the NASS, despite making many yield changes by state, offered a completely unchanged yield estimate from last month. As importantly, harvested area, in the regions very hard hit from excessive moisture, was left unchanged. So, by state, we saw a general reduction in the Eastern Belt and a general increase in the Western Belt; for example, Kansas, Texas, Nebraska, and Minnesota were all revised 1.0 bu/acre higher, while Alabama, Georgia, Mississippi, North Carolina, Virginia, Delaware, and Michigan all had yields reduced by 1.0 to 5.0 bu/acre. North Dakota, where the harvest has been slowed by heavy rain/snow, saw a 2.0 bu/acre yield reduction. Yet overall, the yield was unchanged…this month, that is…and total US supply for the 2019/20 MY was left absolutely unchanged.

On the demand side, the only change offered was a 15 million bushel reduction in the domestic crush; this reversed a steady increase in this demand component over the previous months. The smaller crush flowed directly to the US soybean bottom line, and the increase in ending stocks to 475 million bushels was a slightly negative factor for Chicago soybean derivatives.

Despite many minor changes to the world soybean balance sheets covering the 2018/19 and 2019/20 marketing years, the major change, as we noted above, occurred in India (finally). Production was reduced 2.0 MMT as was that nation’s crush, and while this could influence the flows of meal into Iran and or the flow of non-gmo soybeans from African nations to India (as well as sunmeal imports into India) it is was not a major factor influencing the global soybean trade. We also note the interesting revisions to the Brazil and Argentine ending stocks forecasts for 2019/20 – Brazil up a million tons as exports fell 0.5 MMT and Argie down a million tons on higher exports – that seem to be occurring every month lately…as they should. The Chinese old crop import number moved almost 0.5 MMT lower and the crush estimate for the new crop was projected at 84.5 MMT, down 0.5 MMT.

The net result was a very, very minor increase in the 2019/20 MY world soybean ending stock forecast of 0.2 MMT; at 95.4 MMT, this estimate is down over 14 MMT from last year, with the vast majority of that decline reflected in the US balance sheet.

The WASDE report did not satisfy the soybean bulls, and given the fact that the large spec was long soybean futures prior to the report, the derivative market’s reaction was not a real surprised – particularly when matched with some less-than-friendly trade negotiation “news”. So the market must now wait for more input regarding US soybean yields, more news regarding Chinese-US trade negotiations (and the fate of Phase 1), and the development of the Brazilian and Argentine soybean crops. We cannot help but think that any end-of-year weakness in Chicago soybean futures might be an opportunity for the bulls…particularly if the Chinese can ramp up pork production quicker than many anticipate. For now, with year-end looming, we feel that many will be very cautious regarding risk.