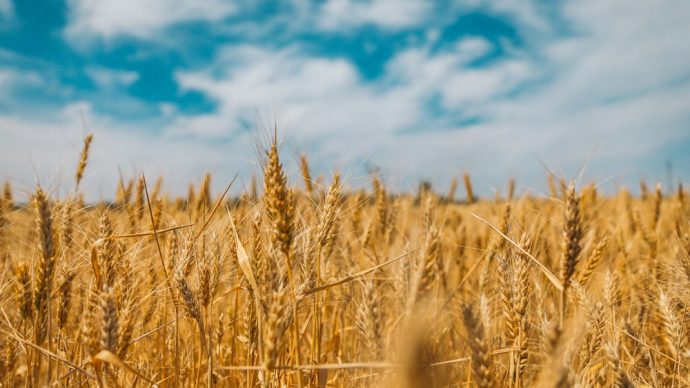 The November WASDE was expected to focus primarily on the soybean and corn balance sheets, and to a large extent, that occurred. But this agency of the USDA did offer some new thoughts on the state of the US and global wheat complex – “timid” new thoughts, that is. We look at the numbers below and offer some thoughts.

The isolated US wheat balance sheet featured some expected revisions, but the ‘bottom line’ was basically unchanged – a 1.0 billion bushel plus ending stocks level for the 2019/20 MY.

Offsetting the production decline was the now standard 5 million bushel reduction in food use – the USDA is habitually too optimistic food use early in the season every year – and an interesting 7 million bushel cut in wheat seed demand for next year’s crop. This was due to the expectation for another year of lower US wheat area – USDA is eyeballing a 45 million acre planted area next year – and thus the WASDE needed to reduce this forecast. This projection, down 0.2 million acres from 2019, may prove too optimistic given recent weather and forward price expectations; some of the largest wheat producer organizations see hard red winter area down 3%-5%, while ideas for soft red winter planted area are mixed – up, from a very low base, to slightly lower. This is a longer-term wheat story…maybe.

US feed and exports were left unchanged, and the result was a 29 million bushel reduction in the all-wheat ending stocks forecast. By class, the revisions were minimal outside of the hard red spring wheat class, where the entire 29 million bushel decline was expressed. The other classes were either unchanged or up or down 1 to 3 million bushels.

All in all, the US numbers were a bit of a yawner, and the derivatives markets expressed just that reaction. There was nothing to trigger the machines to buy, so a bit of selling occurred. The issues facing the cash market – quality spreads, for example – were clearly being manifested in the PREMIUM markets…milling NDNS wheat premiums were up $0.20/bu or more post-report, HRWW spreads between 11% and 12% protein were very firm, and lower quality durum (basically a level above feed) continued to trade into Italy.

World wheat production increased in this report; it is always fascinating to watch the caution employed by WASDE to alter some projections and the lack of the same when it comes to other regions. For example, despite talk of a 15.0 to 15.5 MMT crop, and despite the commencement of harvest, the WASDE Board pared the Aussie crop by just 0.8 MMT to 17.2 MMT, with exports down by just 0.5 MMT. The Argentine harvest projection dropped to 20.0 MMT, down 0.5 MMT, and was fairly well received and timely, in contrast. And then there are the production revisions in Russia (up 1.5 MMT), the EU (up 1.0 MMT), and Ukraine (up 0.5 MMT) that reversed previous declines and came well after the harvest finished; these changes allowed WASDE to increase exports from these three origins by 2.0 MMT…oh, the magic of playing with numbers…

World wheat beginning stocks (the carryouts for the 2018/19 MY) were adjusted in a few key areas. The Russian number was reduced by 0.43 MMT, while those in India and Bangladesh rose by 0.2 MMT and 0.28 MMT; we love the precise nature of the WASDE numbers in respect to these two nations – where we know that the Indian government has a particularly hard time figuring out current production within a few million tons…but this apparently is NOT an issue, it appear, in Washington DC, where the numbers can get down to the tens of thousands of tons!

The bottom line, according to the Ag media, was an increase in the world wheat ending stock forecast, and that was enough to trigger some machine selling in Chicago derivatives. Now, looking a bit deeper, we see that the world wheat, ex-China, ending stocks are expected to rise 4.5 MMT, and India will compose 3.7 MMT of that figure. That leaves 0.8 MMMT…and then look at the EU, up 2.0 MMT year-on-year. Clearer, importers are not increasing stocks versus last season’s low levels. Another interesting point here – we have heard from very good sources that India may need to export 2-4 MMT of wheat soon, clearing out covered warehouses of wheat to fill those spaces with the new crop rice harvest…if this occurs, something that would require significant export subsidies, these supplies could offset the coming 2.0 MMT reduction in Australian production (and 1.0 to 1.5 MMT reduction in Aussie exports). A development to watch…

The wheat complex – in the US and globally – remains more concerned with quality than quantity, with “premiums” – cash premiums in the derivatives-centric US markets and cash spreads for higher quality supplies in the flat-price oriented global markets – doing much of the work. The major feature of the markets (since just prior to harvest) has been a lack of significant farmer selling – maybe better said as a lack of urgency by producers in Russia and the US and maybe the EU to sell as quickly as those bearish/short wheat have desired. Further changes loom ahead for the wheat complex – potential Indian exports, a smaller Aussie harvest, and then concerns over when Russian farmers/collectors sell old crop stocks; add to this mix the condition of the freshly sown new crop fields in the Northern Hemisphere. All of these will be viewed in the context of the US/Global corn market, trade talk gyrations globally, and the politics of the US 2020 election and Brexit. World wheat values rallied awfully fast in October, and many expect a pause – or retracement – over the next few months…whether consumers use such a move as an opportunity to cover or rather see it as a bearish signal going forward will help frame the direction of world wheat values in the first quarter of 2020.