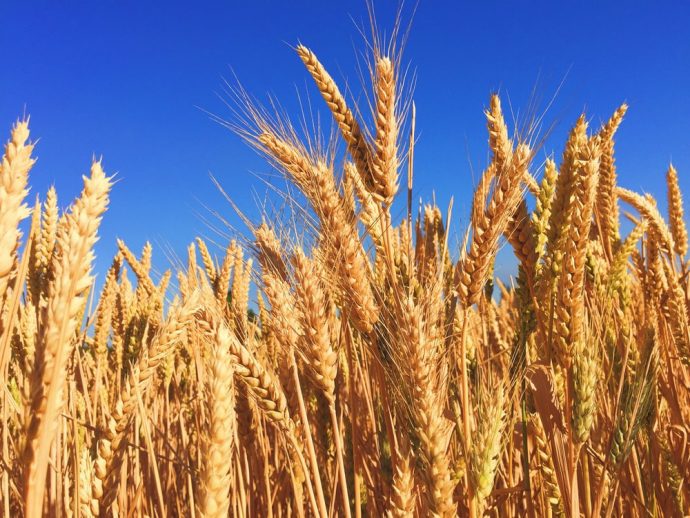 The December WASDE report seldom offers significantly new inputs for the US balance sheets;
occasionally, we see some compelling revisions, particularly in the world estimates, but these seldom
alter the US S&Ds dramatically. This is simply because the December Stocks report, the initial US winter
wheat planted area report for the 2020 crop, and the final 2019 row crop yield estimates (and possibly a
serious 2018 revision) will arrive in mid-January, 2020. Nevertheless, we look at the potential revisions
below for the US and world wheat matrixes.

Wheat remains locked in the middle of divergent viewpoints and opinions. While the Chicago wheat
derivative contract trades well north of $5/bushel, the Kansas City variety languishes, trying to stay
afloat above $4/bushel. Matif derivatives, despite recent weakness, have moved solidly higher from the
early September lows, and Russian wheat cash values have marched rather steadily higher, post-harvest,
to levels many thought unattainable (and unimaginable) just 3-4 months ago. Yet, as we see in the corn
complex, it feels like most traders want to be negative wheat prospects. After all, US wheat export sales
and shipments continue to underperform, Russia and Europe supposedly have significant volumes of
wheat left to ship during the first half of calendar 2020, and despite the smaller Southern Hemisphere
harvests, wheat is supposedly over-priced versus alternative feed grains. And all remember last year,
when global cash values peaked very early in January 2019 and then slipped significantly lower over the
following six months.
We fully expect that the WASDE will make some interesting changes, with the vast majority coming
outside of the US. We look at the wheat situation below.

Last month’s reduction in the US spring wheat crop, that was partially offset by lower seed and food
demand projections, left an ending stocks level of 1.014 billion bushels (27.6 MMT).Given the changes
that we anticipate in the global balance sheet (below), we doubt that the WASDE report will lower US
export demand. Similarly, while we find the wheat feed demand number too low – given the
competiveness of hard wheat in the Plains – we would expect no changes in the feed number until after
the December stocks report. That leaves us with the strong possibility that the US wheat ending stocks
level stays right at 1.0 billion bushels in this report.
The by-class breakout might see the usual 5-10 million bushel adjustment in the allocation of exports –
more SWW and HRW, potentially, a little less spring wheat maybe – and we would not be surprised to
see a small upward revision in the US export estimate IF the WASDE Board decides to get real regarding
the issues in the Southern Hemisphere. But it is more likely that the Board plays with the Black Sea and
EU export figures…or just reduces overall global import demand. Would a 960 million bushel ending
stocks level be bullish US wheat futures, particularly after the recent short-covering rally in Chicago? It is hard to imagine, frankly, given the global macro environment that sees weakness in the macro
commodity sector.

The serious changes in the December WASDE must come in the world wheat matrix; specifically,
required downward revisions to the Aussie and Argentine wheat harvests must occur in this report. The
Board has waited much too long to lower these production levels, and importers who have relied on the
USDA’s projections are none the better for it. Australian wheat output should be reduced to under 16.0
MMT (even as we see and hear of crop totals under 15.0 MMT) and exports will need to fall below 8.0
MMT. Similarly, even as the harvest is just passing the halfway point, the consensus has the Argentine
wheat crop at between 18.0-18.5 MMT, much lower than the current 20.0 MMT level WASDE is
carrying. More critically, the ability of Argentine shippers to export 12.0 MMT this season (instead of the
14.0 MMT now envisioned in the November WASDE) is in question. This roughly 3.0 MMT aggregate
reduction in projected export shipments must be reallocated or, in whole or part, reduced from the
current global wheat export projection of 180.7 MMT…a level that was just raised last month.
The question is even more compelling in an environment that saw, first, some unexpected, incremental
demand from Turkey early in the season (3.0 MMT plus) and now is witnessing a shot of between 1.0
and 1.5 MMT of Iranian demand. Both are unusual given the notion, floated earlier this season by the
USDA, that a bumper crop in this region (Turkey, Syria, Iran, Iraq) would reduce import flows to the
Eastern Med/Mid East. Maybe the WASDE will raise the Russian crop forecast to 75.0 MMT or more,
allowing an additional export flow of 1.5 to 2.0 MMT as the ending stocks level is reduced there to
support shipments. Similarly, we could see a 1.0 MMT increase in EU exports by the WASDE people…not
because we believe it, but more due to the need to balance the numbers. Neither change would be
bearish Jan-April 2020 Russian and/or European wheat values, even as these prices have reached the
$210-$220/ton FOB level…heady numbers, but still 10-15% below last year’s peak.
The bottom line for the world wheat situation should remain the same as last season; outside of ending
stocks increases in China and India, world wheat ending stocks are expected to remain stable –
unchanged – at a relatively tight level. New crop production prospects in the Northern Hemisphere will
eventually become more of an issue when the crop breaks dormancy, but we do know/feel that US
winter wheat planted area will be lower (how much lower remains very unclear), UK and European
wheat production might be lower, and Black Sea (particularly Russian) output could be much larger than
this season’s 75.0 MMT crop. We continue to feel that corn remains the biggest anchor of wheat prices,
and like corn, wheat cash premiums in the US and Europe have done much of the work, particularly for
the higher quality demand, to draw out supply. Continued weakness in the global macros, a lack of
resolution in the US/China trade negotiations, and beneficial winter weather in the Northern
Hemisphere could keep global wheat prices from moving much higher than current levels…whether
these factors can propel cash wheat values back under $190/ton prior to the Black Sea harvest in the
last half July 2020 is not clear – yet.